Drama Association of Rossmoor (DAOR)
CLASSES
To enroll, please contact:
Sandy Hawkins
(925) 788-9124 or
sandrahawkins131@gmail.com
or place check payable to DAOR in DAOR mailbox in Gateway.
Please mark envelope to Sandy's attention and
include your name, phone/email, and class title.

Last year’s “Let’s Have a Laugh” was most successful, with full class and very good script. The only problem was there was only ONE man, so this time let’s have more men and a more diverse offering. A maximum of 12 students will enable us to enjoy various skits such as God dealing with a balky Adam and Eve, an over-zealous security guard, a middle class lady addresses a group of theater lovers, and several short scenes of couples in restaurants.
Why Good Plays Work (and other plays don’t!)
Instructor: Rod McFadden
Tuesdays, January 21 - February 25, 2:30 - 4:30 PM
Multi-Purpose Room #1
Fee: $45

Rod will guide participants in recognizing core elements of play structure that are essential in creating strong audience engagement and interest. The class is valuable for those who write plays (or want to) or who have no interest in writing a play but want a fuller understanding of how good plays affect an audience.

No writing is required, but is encouraged.  After reading scenes in class, students will discuss the enhanced audience response created by dramatic questions, “Egri’s Premise,” character objectives, stakes, “Choice and Change,” and consistency of action.

Playwrights will be encouraged to bring a scene from their own work to study; non-playwrights can bring in a scene from their favorite play.
Theater History - The Plays of Tennessee Williams
Instructor: Don Kaplan
8 Wednesdays, January 22 - March 11, 1 PM - 3 PM
Multi-Purpose Room 1
Fee: $57

“Sexual malnutrition” are the words Tennessee Williams used to describe characters in Battle of Angels, the first play to be studied.  Kaplan states that Williams is very likely the creator of more memorable dramatic scenes in the history of both the Broadway stage and the movie studios of Hollywood than any other playwright. None of his plots are complicated, as they are sharply focused on the near universality of his subject matter:  the hunger described in his first commercially produced work, Battle of Angels.

It is the subject he never ignored in the key scenes that came from his pen in seven successful Broadway productions plus innumerable revivals. Tennessee’s plays won two Pulitzer Prizes, three New York Critics Circle Awards, a Tony and generous royalties from many popular movie versions.  Who does not know Marlon Brando’s call in A Streetcar Named Desire and Blanche’s reliance on . . .  You can fill it in I’m sure.

Students in the course will be given scripts and background materials.  Volunteers will read aloud excerpts from Battle of Angels, The Glass Menagerie, A Streetcar Named Desire, as well as other selected scenes from Williams’ canon.  No one is compelled to read aloud, but most students want to. 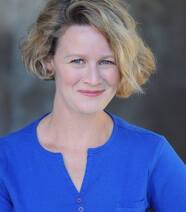 Erin Merrit, theater maker and coach, will discuss the state of language in Shakespeare’s time and introduce participants to the how and why of verse and rhythm in his plays, as well as how we can find notes for the actors the playwright placed within the verse. We will also learn how Shakespeare incorporated vibrant sound into his language to move us as actors and as audience.

The Curious Incident of the Dog in the Night-Time is a riveting story of mystery, love, betrayal, and the courage to overcome limitations. There is a wealth of material for interesting and unusual scene exploration. For example, actors normally strive to engage with each other. How does that work when one character is autistic and has a disengaged style? Other intriguing aspects for actors, the lead character is a teenage boy (and what if we changed that to a girl?), and the cultural and language setting is distinctly British.

The students will read from scripts, but partial memorization could allow the actors more freedom in speaking and moving about. This is a realistic and surrealistic ensemble piece with everyone always on stage. We’ll use sound effects. Maybe even a dog! The group can playfully explore ways to enhance the drama, with the instructor offering feedback and suggestions. Participants might change roles in different scenes. We will work with three layers of narration within the play, and we might use even more narration to weave our scenes into showcase form.

Gary Green has directed multi-age casts and has special experience with very talented senior actors at Stagebridge. He directed Peggy Dougherty’s News  for DAOR in early 2019, and will direct David Auburn’s Proof for DAOR’s Naked Stage in 2020. He is in his 40th year as an adult education teacher and recently has been offering an acting class for intermediate English language learners.

Questions are welcome! Contact Gary Green,
​garyhasmail@sonic.net
​Theater Appreciation:  The Cherry Orchard
FILLED
Instructor:  David Wilcox
Begins January 27, 1 PM - 3 PM
Place to be announced
Fee: $47​
“The knowledge that every day there is something more to learn, something higher to reach for, something new to make for others, makes each day infinitely precious”
-- Uta Hagen